The Orkney Hotel originally dates back to 1670 when local merchant John Richan built it as a family home. John’s family made their fortune from a long history of sea life, land ownership and litstering (dyeing). 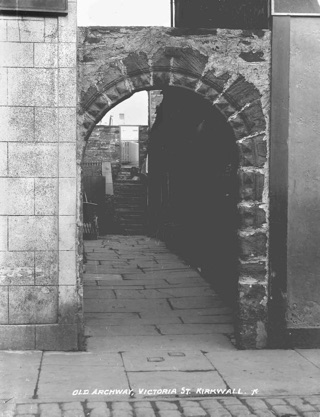 John’s uncle, Robert Richan, introduced John into the litster business, which became quite a successful enterprise. In addition to his status as merchant burgess of Kirkwall, John also served on the Session Court until his early death in 1679 at the age of 35.

His sons continued the litster business, however, the family home was eventually sold as became an inn sometime in the 19th Century.

While sympathetically renovated, the building has retained most of its original features, including the remnants of the original entrance way known as Richan’s Arch, which can be seen to the left of the entrance to the hotel.

John Richan was born in Kirkwall in 1644 and married Janet Louttit on 21st January 1666. At the age of 26, he built a large family home – The Orkney Hotel. At the main entrance to the hotel, you can see a lintel, or rectangular stone marker, on the wall to your left: IR ♥ IL 1670.

This is John and Janet’s initials – in the 17th Century, “I” represented “J”. A second lintel can be seen near the entrance to the hotel’s Royal Bar off Victoria Street. This lintel depicts the family litster or dyeing business.

John and Janet had eight children, all born in Kirkwall. When John died in 1679 at the age of 35, his business was left to his third child and eldest son, John. 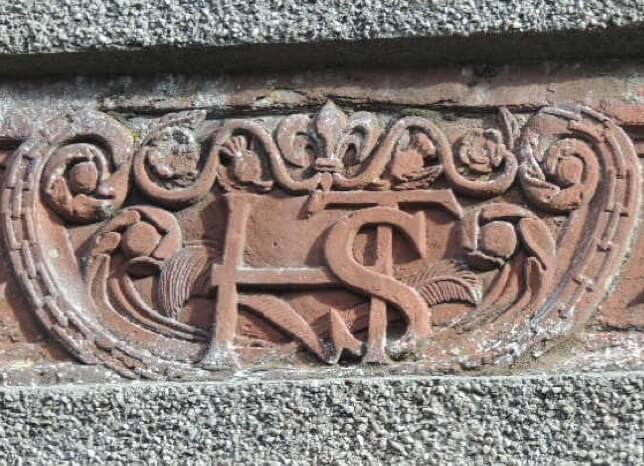 At the height of their wealth, the Richan family owned vast properties and estates mostly on the mainland of Orkney, South Ronaldsay and Westray; there are Richan tombstones on Rousay. In the 1970’s, there was a Richan’s Restaurant at 35 Graham Place in Stromness. Today, descendants of John Richan reside in Orkney, Scotland, England, the United States, Canada, Australia and New Zealand. 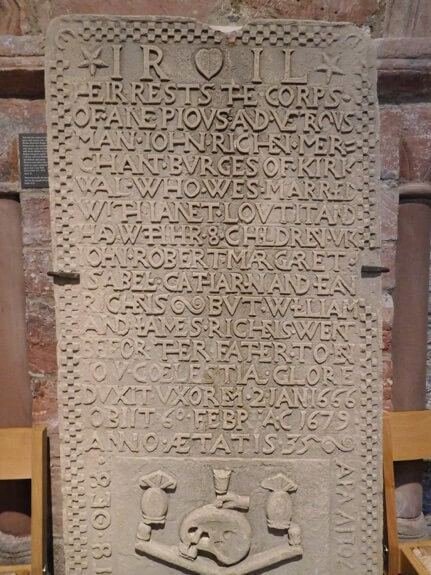 The tombstones of Kirkwall’s more notable citizens were given a place of honour in the wall of St. Magnus Cathedral.

John Richan’s tombstone is located on the north wall (to the left when you enter the cathedral by the large main door).

You can also find John’s uncle, Robert Richan of Caldale and Linklater as well as John’s brother-in-law, James/Jared Black, the only tombstone in the cathedral to carry an inscription in Greek.